FREE shipping on orders over $75 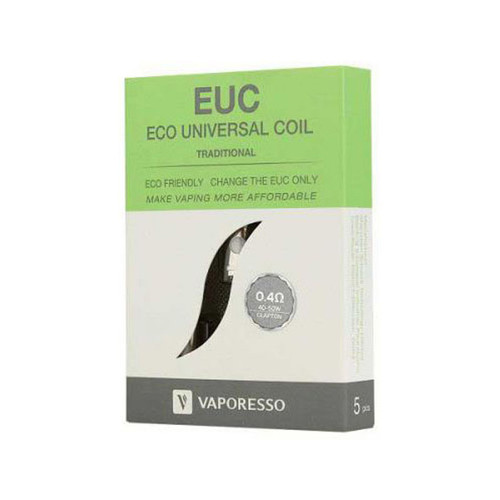 The Vaporesso EUC Clapton Replacement Coils is made of Clapton and comes with 0.4ohm / 0.5ohm low resistance. And it can support 40-50W / 35-45W variable output. It is designed to deliver cloud vapor with the purest flavor. The EUC will allow you to replace only the core of your atomizer which is called EUC by dropping it in and out of its casing, leaving the metal sleeve.